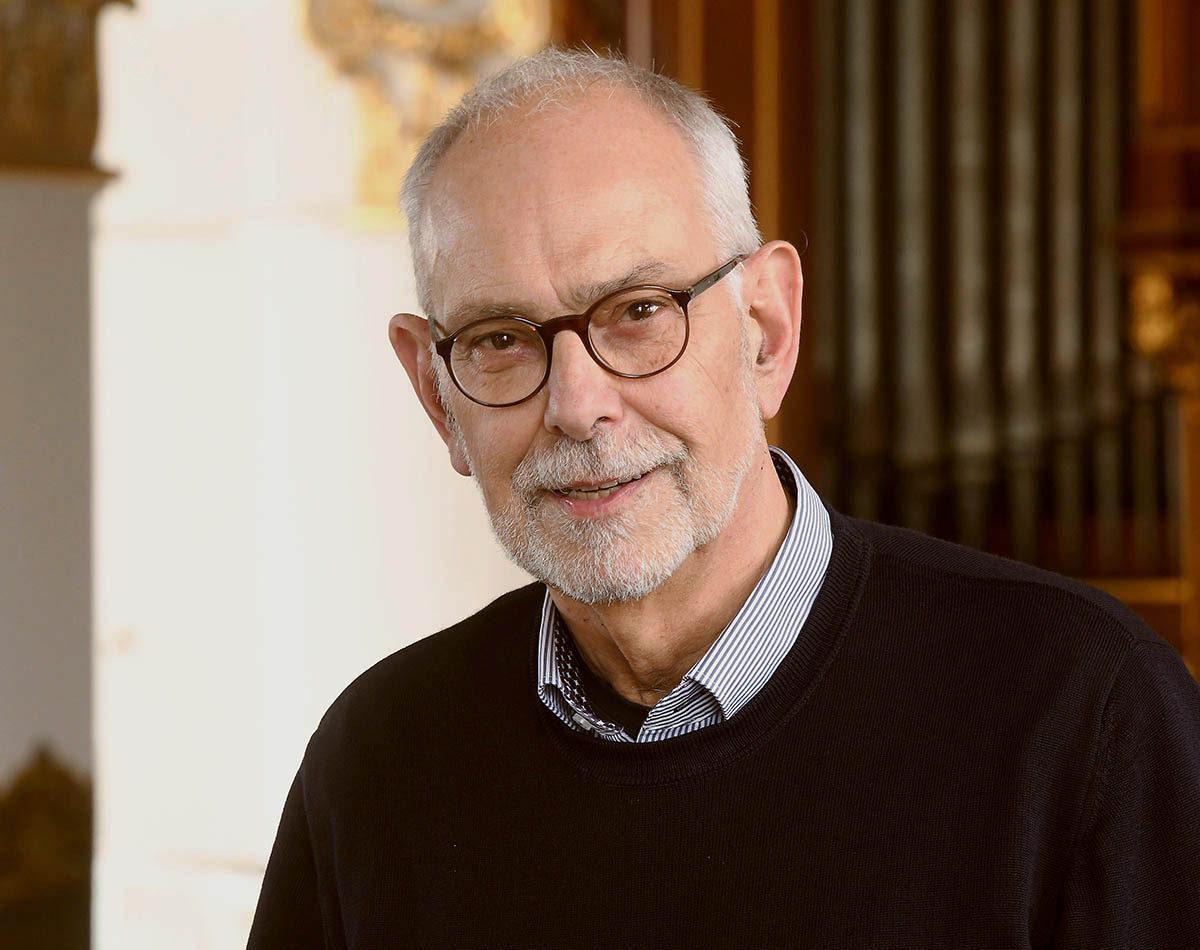 Christoph Schoener ranks among the most eminent church musicians of his generation. Born in 1953 in Heidelberg, he studied in in Freiburg, Paris and Amsterdam with Ludwig Doerr, Gaston Litaize and Ewald Kooiman and completed his studies at the Freiburg Conservatory with a diploma as solo organist. He was awarded a scholarship from the „Studienstiftung des deutschen Volkes“ and won a “Premier Prix à l’unanimité” on completing his organ studies in Paris.

After many years in various positions in the Rhineland he was appointed in 1998 as Director of Music at St. Michael’s Church in Hamburg – as the “hamburger Michel”, a cultural landmark of the city – which remained the focus of his musical activities up to December 2019.

Here, with the Chor St. Michaelis, which he founded, he regularly performed all the major works for choir and orchestra, ranging from Monteverdi to Bernstein, perpetuating a long-standing Hamburg tradition with annual performances of Bach’s Christmas Oratorio and St. Matthew Passion as well as Brahms’ Requiem.  Many of his choral concerts were recorded or broadcast live by North German Radio. He conducted concerts a number of times in the Hamburg Elbphilharmonie.

As a concert organist, Christoph Schoener has given recitals in many cathedrals and centres of music in Europe, Israel, South Africa and the USA. He has frequently been a much-acclaimed guest artist at the Schleswig-Holstein Music Festival and at the organ of the Hamburg Elbphilharmonie.

Alongside his duties as church musician, Christoph Schoener taught artistic organ-playing at various German music conservatories for more than twenty years: in Freiburg, Heidelberg, Düsseldorf and most recently at the Hochschule für Musik und Theater “Felix Mendelssohn Bartholdy” in Leipzig. He is frequently invited to be a member of the jury at international organ competitions as well as to give master classes.

Numerous CDs and radio recordings as organist and conductor document his artistic prowess. Christoph Schoener’s last five CDs have appeared exclusively under the MDG label, most recently  piano works by Mendelssohn and Brahms in arrangements for the organ, and before that two CDs of music by Reger and all Bach’s toccatas for the organ – a recording which won an ECHO-Klassik award in 2016.

In 2018, he was appointed an Honorary Professor by the Free and Hanseatic City of Hamburg.